Are solar panel roadways the avenue to a Sci-Fi inspired future? 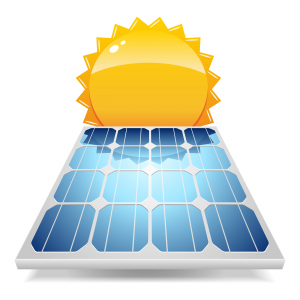 Could you picture yourself driving a car or riding a motorbike out of your garage or driveway only to see a brightly coloured LED floor lighting your way instead of dull coloured tarmac? With this idea, roads could be transformed into a ‘Tron like’ world where traffic and pavements are separated by LED lights. The current design of these floor tiles resemble a hexagon shape and are green and blue in colour. The sizes of each individual part may vary depending on the section it is anticipated to fill and each individual floor tile will have a series of minute LED bulbs embedded inside them and once connected together, will all create a bed of light.

This Sci-Fi inspired design seems so dreamlike and impossible however, one couple situated in Idaho, Mid America were commissioned to manufacture these solar panel roadways. Their names are Julie and Scott Brusaw and they are the couple behind the invention. They have been pursuing this project for around eight years in total and so far and have had a number of both private and non-private grants in order to achieve the position they are in today.

The Brusaws are now half way through the modification process of their project. They currently have fundraising options underway courtesy of Indiegogo in order to raise a sum of money so that they can hire more engineers to add additional support to the project. With this supplementary help it will eventually give Solar Roadways a likely chance of being brought onto the market.

So far the design has been broadcasted worldwide and has inhabited a margin of nearly $2m after passing the $1m start target. The Brusaws state; “We need to tweak the design and look for a better way to manufacture them; we’ve made the panels by hand."

This type of ambitious project has never been seen before up until this family have ambitiously put their ideas together in order to help towards the creation of a more eco-friendly way of living. This eco-friendly creation of the smooth glass topped panels containing LED lights and possibly even the ability to be able to charge electric cars as they manoeuvre (wirelessly). The idea of the solar panels being glass may seem slightly strange and many have wondered how safe the surface will be with regards to grip however, they have been created with a texture on the top of them which will reduce the severity of potential skidding during wet weather. They have also been designed in a way that they can sufficiently with stand the pressure of large heavy goods vehicles.

These panels could also be incorporated to make signs for various things such as parking lots or even playground areas where the surface can be changed to suit the game that the children want to play! Another advantage of these panels is the possible ability to melt snow. Providing snow has fallen, the warmth generated from the panels will eventually melt the snow causing it to drain into storage tanks that are located underground. After these tanks have been filled efficiently the water will then be sent off to be treated.

Although this idea is another way of collating a water source, snow should most definitely be removed from the surface of the panel but for them to work efficiently they must be exposed to the sunlight in order for them to absorb all of the natural energy. Never the less, if this is ignored the water that freezes could in fact push up the panels if it is unable to drain proficiently, this then displays funnelling as a suitable solution to the problem.

Having devised the Solar Roadway idea to start with it must be able to produce returns. Not only this but this type of project would most definitely have to be economically possible, this will prove to be a huge task because the majority of the public today will see this as being an impossible creation. Due to the manufacturing costs the starting price would be extortionately high; these costs would also include the continuous upkeep of each individual panel to ensure that they are distributing the correct amount of energy.

Further modification would be needed so that the panels can surpass different weather conditions of the roads and any unexpected extremities but if this technology was perfected then it could also make the roads a safer place. Imagine an object is obstructing the road up ahead for example, a tree has fallen on a country road around the blind corner. If the solar panel roads had the technology to sense that a stationary object is obstructing the full width of the road and then implement this danger via warning signs on the road both in front and behind the object, telling drivers to slow down due to an obstruction. This could save lives.

During the early days of this project, the design has changed many time starting from a square eventually resulting in the shape they have today… a hexagon. This shape initially ads strength to the structure and will also make it easier to produce curved roadways. For the solar road to be at its most energy efficient, the panels must be kept free from dirt, debris, and out of shade… all of these obstructions could affect the absorption of light therefore, affecting the day to day levels of energy distributed.