Could floating homes really be a prospect for the future? 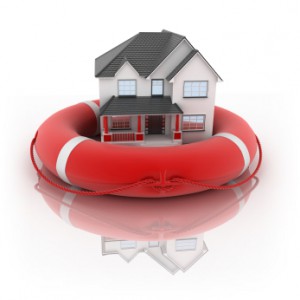 In a bid to overcome ever rising flooding waters, the Environmental Agencies chairman has issued that many developers should consider the futuristic idea of constructing buoyant homes. Due to the agencies response to the catastrophic weather that engulfed Britain throughout the winter period, Lord Smith has faced the repercussions of this and has been exposed to varying levels of criticism.

The recent devastations caused by the stormy weather to both the environment and members of the public in Lord Smith’s opinion where not all that bad; he made this clear by stating that the up side of the problem is that there is more of budget towards future flood defences in order to premeditate and overcome flooding that may occur with clear strategies that have been thought through. Many ideas have been developed and brought on essentially to try and overcome the disasters and these include the development of a Dutch-Style home which can float on the surface of water when levels rise.

Lord Smith went on to openly state;
“There are some really exciting things that are emerging. There's a rather wonderful technology in Holland where effectively you allow the house to float. It looks just like an ordinary house but all the connections are flexible and in the event that flooding occurs basically the house just lifts with the water. That's probably quite an extreme example, but it's that sort of innovative thinking we need to be having more of”.

The conditions experienced had been the biggest push for the Government to finally generate a budget which will provide additional research into having more efficient flood defences.  This would allow development as well as new ideas being incorporated in preparation for future flooding. Money invested into this sector will make front line flood defence staff less likely to be made redundant.

Lord Smith mentioned that it would be extremely “impartial” to push forward a blanket ban with regards to future construction upon flood defence plains and this is because ‘there’s just so much of the country where that's an impractical restriction’ therefore, he states that “innovative” resolutions would be desirable.

If ‘floating homes’ were built on flood plains, would you be prepared to live in one knowing that sometime in the future your home will be surrounded in water and may be inaccessible any other way than by boat?