Farmland in the UK reaches record prices per acre! 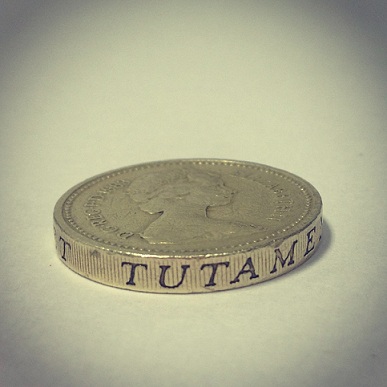 In the final months of 2014, farmland located across the UK proceeded to out price supply with the prices of land increasing by 8.3% during the course of the year according to data recently collected.

With this happening, it encouraged the price of a single acre to reach an average total of £10,067, this is noted to be a record price for at 11 consecutive months according to a Rural Land Market Survey recently compiled courtesy of RICS and RAU. It is a steady increase in comparison to the year 2013 where an acre on average would have cost £9,294.

In spite of unreliable evidence with regards to the recent decline in service prices which is beginning to alter the rate of demand, in particular for the smaller sized plots of land located in many parts of the country, values are predicted to rise over a period of a year.

Lifestyle buyers fuelled the upsurge in demand for homes which began during the latter half of 2013 and was pretty much consistent throughout the duration of 2014. RICS stated that it is contributing towards the price compressions as well as keeping price potentials in the positive within all areas.

In nine of ten areas in the UK, the quantity of commercial farmland has decreased or remained flat however, demand has persistently grown in many areas except one in the UK. Average annual land rents obtained has begun to decrease within the latter half of last year for the very 1st time in 6 years according to surveyors never the less, they still remains 0.8% higher over the course of a year.

On the other hand, pasture land rents rose by 3.4% during the first half and a huge 7.8% over the year to equate to a total of £107 per acre. Of all places in the UK, the most annual growth was experienced in the country of Scotland, going against the uncertainty being formed by the referendum alongside the CAP review. In Scotland, prices increased by just under 17% during the course of the year and even though the price per acre is at £4,375, prices in Scotland are   47% below the average house price for the nation with pasture lands being around 40% cheaper in comparison to any other parts of the UK.

The RICS organisation stated that it is remaining concealed as to whether the most recent announcement that have been made towards future plans to overhaul tenant farming will proceed on to eventually effect current land prices in the future. Although, there are a number of likely issues on the horizon which could possibly have an impact upon confidence which includes land reform and the implication of the CAP review itself, surveyors still remain highly optimistic that prices in Scotland will proceed to grow within the next year, stated Sarah Speirs, director of RICS Scotland.

During the second half of 2014 it is said that in Scotland average land rents continued to stay flat at just £85 per acre, according to surveyors. Scotland’s average price is seen to be way behind the average across the nation of £158 per acre.

Mr Rubinsoln, a chief economist for RICS said; “Decrease in supply and steady demand has kept prices static. We have seen a very buoyant market for good arable farm land but much slower market for pasture land. There is strong demand for land to rent but very limited supply without grazing licences.’

Mr Rubinsoln also added; “Farmland price growth continues to grow and are expected to remain positive even with commodity prices starting to fall. Competition for land if fierce, especially in neighbouring plots, and the demand from lifestyle farmers and investors also remains positive. It remains to be seen whether fluctuations in commodity prices, the forthcoming general election and a possible exit from the European Union will impact the rural land market and affect the number of transactions, but our members remain largely positive on continued growth over the next 12 months.”

Would you invest your hard earned cash in good old soil and grass?