First-time buyer subsidised homes will be built this year 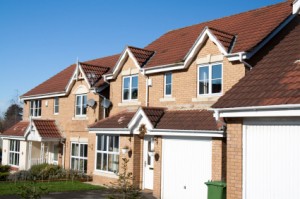 Areas across England are set to receive money from the £1.2billion “Starter Homes Land Fund” to fund new developments on brownfield sites. Discount of at least 20% will be available to buyers aged 23-40.

However, a housing expert has told the BBC that the proposed timescale for the developments was too ambitious.

The coalition government in 2014 first announced the Starter Homes Land Fund and their aims to more people buy their first home.

The discounts will be applied to properties outside London valued up to £250,000 or in the capital properties worth up to £450,000.

Housing Minister Gavin Barwell said “This government is committed to building starter homes to help young first time buyers get on the housing ladder. This first wave of partnerships shows the strong local interest to build thousands of starter homes on hundreds of brownfield sites in the coming years. One in three councils has expressed an interest to work with us so far."

However, when Christine Whitehead (Emeritus Professor in housing economics at the London School of Economics) recently spoke to the BBC, she said "timescale is much too short, it's not that easy to build on land that quickly, and we are anyway short on skills".

Professor Whitehead said that even with help from the government, some young people were not financially strong enough to partake in the scheme. "[They] often haven't got very strong jobs, they're insecure about their future, they're paying high prices in the rental market and therefore can't afford the deposit."

Labour’s shadow housing secretary, John Healey, said "These so-called starter homes are a symbol of the Conservative record on housing.

Proposals have also been revealed for England’s first garden villages to be built on 14 sites across the country from Cumbria to Cornwall. It has been said that the proposed new development could provide up to 48,000 new homes.

Towards the end of January the Government is due to publish its report on housing supply, in which it will give details of its plans for constructing new homes.