HS2 Decision Due On Golborne Link 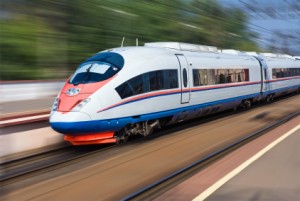 After 3 years of uncertainty a decision on the HS2 Golborne link is due to be announced before January 2017.

Warrington Council are ‘strongly opposed’ to the proposed Golborne link as it was set to travel through a number of homes in Culcheth, Rixton and Glazebrook, with residents concerned over huge disturbances and environmental damage to the area. The Council and its consultation response submitted in 2014 suggested that improvements should be made to the West Coast Main Line instead between Crewe and Wigan, and also include improvements to Warrington Bank Quay station to accommodate HS2 services.

However, Wigan Council believe it will bring significant benefits to Wigan Borough economy, creating job opportunities for residents and acting as a catalyst for investment into the Borough.  Leigh has been without a railway station since 1969 and it was hoped that the plans could bring rail access back to the town.

HS2 has stated that an announcement is expected on the route of Phase 2B of HS2, the route from Crewe to Manchester and the Golborne link before the end of 2016.

If you would like to order an HS2 Report from Pali which also includes free Cross Rail Information or an HS2 & Energy Combined Report please contact a friendly member of staff on 01925 227 509 / info@paliwarrington.co.uk.