Is Britain sinking under water? 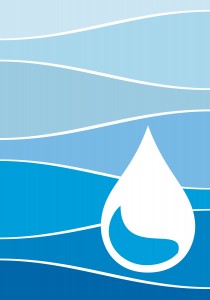 Over the past couple of months Britain has endured an excessively wet and windy winter time and there are now new claims evolving into a fierce debate on climate change. Many life changing catastrophes have occurred because of the weather, not only has the UK experienced a massive amount of rainfall and severe gales but the country is now under threat from unexpected sinkholes appearing in various places up and down the country. These sink holes range from small minute holes to enormous widespread pits capable of swallowing up cars, homes, and anything in their path. Could Britain be sinking under the weight of the flood water as a result of the bad weather that has previously taken residence in many parts of the UK?

One case displayed on the news is a 25ft sinkhole that appeared spontaneously under a corner of one house which is now under threat of collapse. The house is situated on Magdelen’s Close in Ripon, North Yorkshire and residents living near the great sinkhole have been forced to evacuate their homes, primarily to prevent them coming into contact with any danger leading on from the existing sinkhole that has recently appeared. At present there are no injuries/casualties to be recorded relating to this sinkhole but many barriers have been put in place to protect members of the public. Various officials such as firefighters, ambulance crews, utilities engineers and structural engineers are present at the scene to try and analysing the sink hole to find out why it has occurred and also try to stabilising the scene.

The incident above materialised a while after it was made aware that worries of gypsum subsidence had caused ground instability in the subjected area. Earlier in the month this had caused the local council to terminate plans for a number of homes to be constructed less than half a mile away from the affected area of Magdelen’s Close.

Many other sinkholes have surfaced around the UK for example, a house in Croxley Green, Hertfordshire had a sinkhole appear in the back garden and as a result, one house and three flats where evacuated. To add to the ever growing list of chaos motorists on the M2 where confronted by a huge sinkhole that appeared within a central reservation on the motorway near Sittingbourne causing a 10 mile stretch to be shut off. It could potentially mean that the ground around this area may be unstable and could possibly give way at any time so should be put under close observation in order to keep the public safe.

Sinkholes are formed over a period of time, they start of as unstable/weak parts of the earth and gradually become more apparent due to further erosion and gravity.  Sinkholes gradually surface and can make a dramatic collapse causing a lot of danger depending upon what is situated either directly on top or nearby the sinkhole. The amount of water that flows between the top soil is more than often the reason for sinkholes. When absorbing carbon dioxide and taking part in the botanical process the water will turn acidic and after flowing down through the bedrock will begin to carve away at the structural integrity of the current stone formations under the surface. Over a lengthy period of time this can eventually create underground openings normally known as conduits which will also increase the water flow, slowly forming underground basins containing colossal amounts of still untouched water which will continue to corrode the bedrock, even more so if in constant contact as the bedrock is made up of soft minerals such as limestone or gypsum.

After the above process the supporting bedrock will be so badly eroded that it will no longer be able to support the main surface therefore, causing it to collapse.

In the UK there are roughly 20 sink holes alone per year, could the recent climate change be increasing the number of sinkholes in the UK? Officials are said to be blaming the catastrophic change in the weather which includes the enormous amount of rain during the recent months of December, January and February.

If you are worried that the property you are currently living in or a property you are interested in purchasing could be built upon soft, unstable rock such gypsum or limestone, Pali can provide you with a detailed Mining Report which will include information about the mining of minerals in the areas as well as potential risks. If you would like to know more about our Mining Reports including Coal Mining Reports, Tin & Metalliferous Mining Report, Limestone Mining Report, China/Ball Clay Report or Gypsum Mining Report please visit our Services Page or contact Pali on 0151 691 1170 or email search@paliltd.com