Liver building to be put on sale for the first time in history! 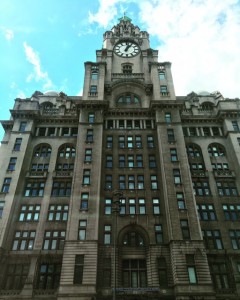 For the first time in its history Liverpool’s world famous Royal Liver Building is to be put up for sale for a guide price of more than £40m.

Opened in 1911, the building is the purpose-built home of the Royal Liver Assurance group, which was set up in Liverpool city in 1850. Today the Royal Liver Building is one of the most recognisable landmarks in the city of Liverpool and is home to two legendary Liver Birds that watch over the city and the sea.

Legend has it that were these two birds to fly away, then the city would cease to exist and as such are chained down to the clock towers.

There are currently 19 tenants in the Royal Liver Building including, ITV, USS, Amaze and Crowd Mortgage. It was the tallest storied building in Europe until 1932 and the tallest in the United Kingdom until 1961.

The Grade I listed building is crowned by two clock towers, with clock faces that are the largest in the UK, made so that mariners could tell the time from the river.

If you had £40m spare, would you buy the Liver Building?