Most Polluted Power Plant to be kept open by the UK! 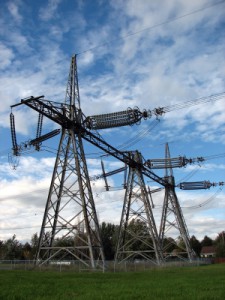 With the world so hot on the topic of climate, you would think that an effort would be made to eliminate any object or situation that may bring harm to the environment however, this is not the case. Proving to go against the eco-friendly way of thinking, the UK Government are urging the European Commission to allow one of Europe’s dirtiest coal power stations known in the UK to continue its operations even though the power stations nitrogen oxide emissions exceed the existing legal limits fivefold!

The European Commission has begun infraction records against the UK because its applications for reducing emissions under new European laws have been beleaguered with “inconsistent or missing” data. The plant in question, Aberthaw power plant which is located in South Wales had been included in the top 30 highest carbon-emitting set ups inside Europe courtesy of an alliance of NGOs last month. To add to this, the plant produces what is known as a NOx emission at which the plants levels are believed to be extremely high, this secretion is known to cause lung disease as well as respiratory problems.

This plant in particular has been explicitly designed to burn coal from within the local vicinity and the coal is remarkably tricky to catch light as it needs an additional chemical catalyst added to it to help it burn easily and progressively.

The E.C and the UK disagree as to whether the coal plant should qualify for immunity from the limits. A spokesperson from the European Commission confirmed that the UK will continue to vouch for the plant to remain in operation also adding that the closing of the plant is currently not being addressed.

The Welsh Government are leading the negotiations on Aberthaw and a spokesperson for the Government mentioned that it is tremendously eager to come to an “acceptable resolution” however, they would not proceed in what the Government actually deemed acceptable. According to this spokesperson, he also confirmed that the UK’s Department of Environment, Farming and Rural Affairs are also heavily involved.

Jimmy Aldridge, a Greenpeace energy analyst stated;
“The fact that it’s [Defra] that is trying to keep one of the most polluting power stations in Europe open is beyond parody. If the Government’s special pleading is successful then Aberthaw will continue to produce toxic emissions harming people’s health for years to come and seriously damage our efforts to tackle climate change.”

At present the plant in question, Aberthaw have an existing exemption from the European Commission issuing that they can emit up to 1,200 mg/Nm3 of NOx. This is due to previous UK pleas to enable the plant to remain as it was only using low-volatility aboriginal coal and supporting a major local industry.

The power station is currently 34 years old and its operators, RWE npower, have incorporated the mixing of local coal with various other types making it easier to combust. As it stands around 30% of the coal currently used is brought from areas overseas, Russia in particular. The European Commission exemption is solely based on plant burning coal of less than 10% volatility. It now use coals that are between 6% and 15% never the less the UK has not provided precise data on the annual average volatility.

If you could make the decision, what would you say? Please feel free to leave your comments below.