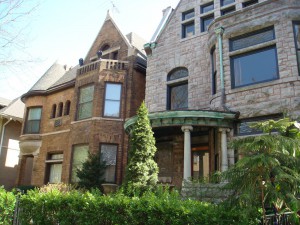 The research was carried out by Danny Dorling, Halford Mackinder professor of Geography who wanted to show the ripple effect from London’s house prices to the city of Oxford. His research showed the huge different between property prices and wages. The wage difference in London isn’t as bad as Oxford at 15.7 times the average income which is £31,950 and Dorling explains his findings here; ‘The average in London is now above £500,000 and once it doesn’t look unusual to ask that much for a property there, it will happen in Oxford too. But we don’t have London weightings on our wages.’

The reason for house prices being so high in Oxford and continuing to grow is because of the expensive homes in the North of the city which have sold for an average of £1.2 million in 2014 and there were no affordable homes built in the city between 2013 and 2014. There is also a lack of homes in Oxford city because of building restrictions and most people who work in the city are unable to afford to live there so have to commute every day.

On the other end of the scale, homes in Liverpool cost 5.8 times more than the average income with the closest comparison being Derby at 6.2 times the income.