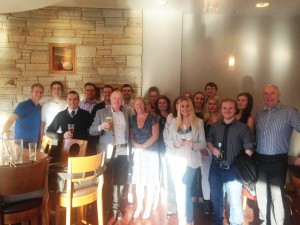 Pali Ltd (Property and Land Information) had a celebratory night out recently after being awarded Best Conveyancing Search Platform 2015 and Best in-Class Customer Service in the Technology Innovator Awards 2015.

Pali have offices across England and Wales however as Head Office is on The Wirral, they decided to celebrate their award and treat the staff at Head Office to a night out in Liverpool. Pali were informed they had been nominated for the awards back in April of this year then received the good news they were hoping for at the end of June when the results were announced.

Jo Milne, Marketing Director at Pali commented “We were absolutely thrilled to hear we had won not only one but two prestigious awards. We always stand by the fact we only produce quality products coupled with quality customer service. We are very much an IT focussed company and are constantly trying to think of ways in which to improve our already impressive, streamlined system. Winning the awards was a huge pat on the back for all the hard work we put in. Each member of staff at Pali plays an integral role in the end result our clients receive so we thought we’d reward our staff and have a night out in honour of the fantastic news.” 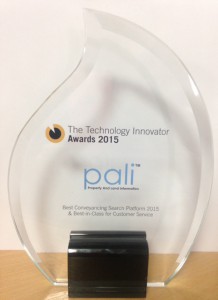 Laura Hunter from Corporate Vision said “The 2015 Technology Innovator Awards highlight the individuals behind these ground-breaking developments, and through these awards, we have sought to ensure that we shine the spotlight only on those cutting edge individuals, departments and firms who, through their commitment, experience and willingness to explore and take advantages of the opportunities presented, are developing and sharing the technology that will continue to enhance and fundamentally alter the business world for the better for many years to come.”