Steph Lyke and her two sisters have organised a Charity Party every year for the past fifteen years, focusing on a different charity each time. They often choose a charity that has affected someone close to them. In previous years they have chosen to support charities such as Hope House Hospice, Clatterbridge Hospital, Shooting Stars and Macmillan Nurses. This year they decided to choose a charity close to their hearts again as one of Steph’s friends was tragically diagnosed with MND recently. 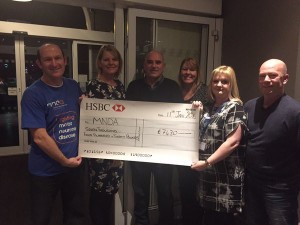 Motor Neurone Disease is a progressive illness that provokes the deterioration of the nerves in the brain and spinal cord. Messages that need to be transmitted to these nerves eventually weaken and stop reaching muscles affecting how people with MND talk, eat, drink, walk and breathe. Unfortunately there is no cure yet for MND, but symptoms can be managed to help people achieve the best possible quality of life.

Pali were extremely happy to help support such a worthy cause when they heard of Steph’s Charity fundraiser and donated prizes for the raffle along with BBH Legal. The fundraiser was a great success and Steph’s party managed to raise a grand total of £7470 for MNDA.

Pali were thrilled they were part of such an amazing event!