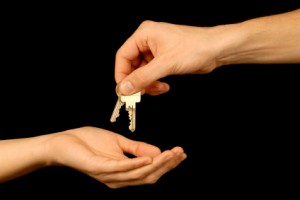 It comes as no surprise that London takes second place with houses selling in an average time of 29 days specifically in the London Borough of Lewisham. The top ten list is a mixture the London Boroughs including Hackney, Greenwich, Bromley and Bexley.

However, the news isn’t all bad because the rate that houses are selling is faster now than it has been previously. London has outpaced any other region when it comes to improvements in their house selling speed with completion times dropping 32%. Unfortunately the North East’s selling rate has dropped the least amount with only a 2% change from their 90 days to a not so impressive 88 days.

An estate agent based in Cambridge believes that one of the reasons why the houses in Cambridge are selling so quickly is because of the growing anticipation of the new Cambridge Science Park which is a £26 million railway station due to open in 2015. The excitement surrounding this project seems to have drawn buyers into an area that is already well known for its science and technology firms not to mention its university.