Start saving to step onto the property ladder 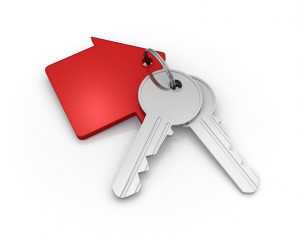 The report from the Office for National Statistics revealed that house prices have rose by 10.5% in total during the same period as stated above and the annual inflation in England is currently at 11%. Scotland’s inflation rate is at 3.5%, Wales has a figure of 6.5% and Northern Ireland holds a -0.7% inflation figure.

London on the other hand holds an annual price inflation rate of 20.1% which completely overshadows England’s figure as does the South East’s figure of 9.6% alone. To put this in perspective, if the figures from the South East and London were taken out of the equation then England’s annual inflation rate would be a mere 6.4% meaning that Wales would top the list.

According to a survey which was carried out by The Little House Company, around three quarters of women think that when buying a new home is a joint decision one compared to 80% of men who believe that their partners had the final say.

141 householders took part in this survey which also revealed that 68% of women admitted that factors such as how the property ‘feels’ and if they get that initial ‘wow factor’ was an important thing to consider when buying a home compared to 15% of men agreeing with this. On the other hand, 85% of men stated that they looked for practical features and concerns when looking at a prospective property including the condition of the building and the amount of work that requires doing to make it up to their standards.

Interestingly enough only 8% of those surveyed said that it is important to be located near a good school and only 5% stated that their children played a role in the decision making process.

What are your thoughts on the figures listed above?