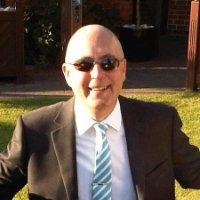 On the 21st November 2014, Jon Coupland from Pali Teesside is planning to brave the winter elements and take part in a fundraising event in aid of the Middlesbrough and Teesside Philanthropic Foundation. Jon will be taking part in an event where he will be sleeping with just a piece cardboard as his bed for an entire night in an effort to raise awareness and money for one of his local charities.

However, Jon will not be alone. It is expected that over a hundred people will be turning up to help do their bit for the community.

The ‘sleepout’ will take place at Middlesbrough College and those who are taking part in the fundraising event will be there from 8pm until 6am the following day. Even though this will be a challenge for the people who are taking part, thousands of people nationwide are sleeping rough every night as they have no other choice.

The funds that Jon raises will go towards tackling poverty and homelessness. These donations will be used to fund soup kitchens, food banks, hostels for the homeless and helping others that are in desperate need across the Teesside area.

If you would like to sponsor Jon please follow the link below and donate on his JustGiving page.

To sign up or for more information about taking part in the Big Tees Sleepout, visit www.bigteessidesleepout.co.uk