Comments : 15 billion pounds worth of new roads for England 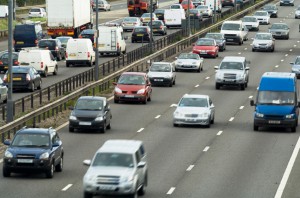 As part of the chancellor’s Autumn statement which will be announced in full on Wednesday 3rd December, £15 billion worth of new roads will be built in England. This was initially revealed back in 2013 and involves the improvement of 100 roads and 1,300 miles of new lanes to be added to A roads and motorways in the hope to improve congestion.

The money is set to be spent over the next five years and plans include improvements to be made to all regions, some of which are listed below;

In other news, the Highways Agency could become a Government owned company which would mean the tax payer could save £2.6 billion over the next 10 years as funding would be allocated for a longer term, saving money.

There is also £100 million worth of funding available to be spent on improving cycling provisions at 200 locations across the country.

Do you think the schemes listed above will improve congestion and relieve the stress related to it during rush hour?