Comments : Could floating homes be the solution to flooding? 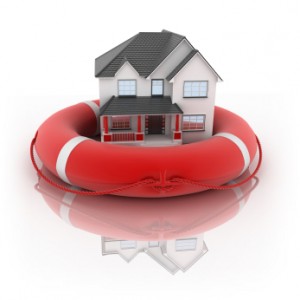 Floating homes, also known as amphibious houses have been around for many years in different countries but it has recently become a hot topic of discussion that the UK should look further into the prospect of floating homes. It is hoped that floating homes could solve the problem of homes being ruined by the spontaneous flooding due to climate change resulting in unusual extreme weather. The change in the weather has created a widespread struggle for citizens across the country that are desperately doing anything they can to immobilise flood waters and stop them from entering their homes.

A large number of residents have implemented the old strategy of placing numerous sand bags in entrances that may be exposed to the rising water levels. The new floating houses would be designed to float upon hollow platforms constructed from concrete and timber but members of the public may address their concerns towards various pipes and wires that provide sewer and water drainage, water and electricity. However, the floating houses have been designed so these essentials would still be fully operational even if the house rose up by several metres from its base level. Unlike boats, these specially designed houses cannot float away and this is because they are set firmly in the ground supported by large sturdy posts which are impaled way down into the surface of the seabed to ensure direct support.

In the year 2012, Baca Architects were approved consent to construct Britain’s first amphibious home which will be situated upon the banks of the River Thames in Buckinghamshire. The house will replace a dilapidated bungalow and is designed to rest on land susceptible to a flooding and providing the waters are high enough, the house is designed to rise to the same level. Tony Andryszewski, a flood risk engineer for the agency openly stated that The Environment Agency is intrigued by the idea of fluctuating houses. Mr Andryszewski works at a flood test centre which it is set up to allow the investigation/identification of new technologic strategies in which flood prevention and control can be performed. Officials from the Environment Agency are eager to unveil how other countries resolve the catastrophic flooding situations. The Dutch are extensively accredited for possessing the best flood administration expertise and to add to this, the Environment Agency use a software called Delft-Fews that has also been developed by the Dutch.

As well as the above developments, the Dutch have produced a form of technology called “Smart Levee” which is designed as part of a existing research assignment for the EU, Urban Flood. Sensors are encased within the flood embankments, these devices act as an early online warning system however, they are also used to observe current emergency management. Whilst monitoring the system also checks the condition of the Levee and can issue warnings when there is any sign of deterioration in strength. With the UK being intrigued by the idea of ‘Floating Houses’ they are also beginning to allow further modern ideas and have considered the use of moveable river barriers that are stalled in the ground and these barriers are designed to rise at the same rate as the water. Flood prone countries such as Thailand, Burma and India are no strangers to having houses placed upon stilts due to the unpredictable weather forecasts however, other places such as Germany, the US, Canada and Taggs Island in the UK have also inhabited the designs of different floating houses.

Conversely if the UK does not adapt to the idea of floating homes anytime soon there are still a various amount of other methods that can be used that could possibly replace the process of placing heavy sandbags outside the property every time flood waters rise. Richard Bailey, an entrepreneur for the UK premeditated a strategy involving the use of lightweight sandbags that expand when coming into contact with water. Mr Bailey openly stated; “It was first designed for the ministry of defence”. Although this idea has made progress and is being used in various different countries, the product is not as popular as the traditional way of sandbagging. Many officials state that even though the UK is currently new to all upcoming ideas they could possibly adapt in the future.

Although it has been pursued elsewhere around the world, do you think the construction of buoyant homes is likely to happen and would you consider living in one?