Plans for the first phase of the High Speed Two rail line (HS2) between London and Birmingham were announced earlier this week and it seems the proposal still has an air of trepidation for some. 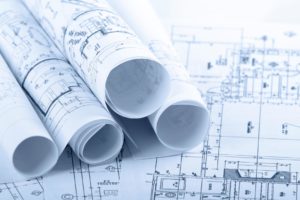 High Speed Two Ltd, which is funded by grant-in-aid from the Government, is the company responsible for developing and promoting the UK’s new high speed rail network.

The project, consisting of two main contracts: Design and Construction, has been separated into three groups: South, central and North.

British facilities and management construction company Carillion has been awarded two contracts worth £6.6bn for the central area.

The decision to award Carillion a large chunk of the project has not been met with certainty as many question the companies’ capability since losing CEO Richard Howson who stepped down from the board with immediate effect after reports that shares had plummeted 40%, eliminating £340m off its market.

When confronted with feedback from the decision to award contracts to Carillion, Transport Secretary Chris Grayling stated that they have a clear guarantee from the consortium if one company is unable to complete their part.  Chris went on to say the government wanted the money to go to into supporting British companies but denied this was a ‘leg-up’ for Carillion and stated the company won their share ‘on merit’.

Carillion will be one of three companies to make up a consortium which also includes British construction giants Balfour Beatty and Costain.

The proposed route for HS2 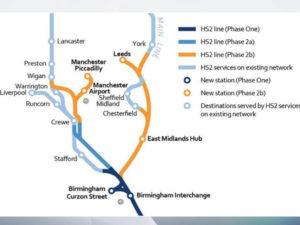 The trains are not expected to be in service until 2026 at the earliest.

The project will eventually create new links between Birmingham, Liverpool, Sheffield, The East Midlands and Manchester.  Phase one, which runs through Birmingham to London is estimated to cost £55.7bn and support 16,000 jobs over the next six years.

The proposal has been described as ‘controversial’ and ‘overpriced’ by critics as some believe the heavy estimate (which has already doubled since the initial calculation) is too expensive and damaging to the environment.   In spite of this experts say the high-speed line is necessary to support growth as rail travel between London and Birmingham is expected to double over the next 20 years.

Organisations such as Stop HS2; The national campaign against the high-speed rail, aim to halt production by persuading the Government to scrap the HS2 proposal.  The group are gaining momentum as reports emerge an estimated 600 homes will be demolished and 250 acres of countryside will be re-purposed to make way for the project.

Residents of the Shimmer housing estate, South Yorkshire were a plan to build 216 properties was originally scheduled, have become the latest victims of the HS2 proposal.  16 homeowners in the quiet estate have learned that they will be relocated as the new build stands in the way of the finalised route.

Stop HS2 has responded to the announcement, claiming the Government had shown “sheer arrogance” by choosing the route “without even assessing the public response to the consultation”.

The Department for Transport has said the affected homeowners will be offered similar properties but residents have called the offers ‘peanuts’.

To coincide with the construction of the HS2 Britain will also become home to The National College for High Speed Rail.  The specialist education and training institute, which is due to open its doors in September 2017 will train 1,265 students a year.  Two campuses, one in Birmingham and the other in Doncaster will ensure the nation has the skilled persons it needs to build and maintain HS2.

Ensure you don’t encounter any surprises with the purchase of an HS2 report directly from Pali.

All Local Authority Searches produced by Pali give the most up to date route distance to proposed HS2 locations as standard.

Combined reports from Groundsure for HS2 and energy, fracking and wind turbines and cross rail will ensure you know exactly what is planned for the area you’re looking to purchase.