A bungalow in Eastchurch on the isle of Sheppey and a Mother’s £195,000 dream home was shattered overnight as the ground continued to fall.

A Mother-of-five left with no home after the property started to crumble which left it hanging precariously. Emma Tullet bought the two bedroom property which was complete with a swimming pool was excited to raise her family in a home overlooking the sea but has now lost everything.

Half of the property began to fall, along with the family car. However, the family evacuated safely and have been put up in a house where they will need to start over. The family were told they would have 40 years of living there but in the end had just under two.

Thankfully there are not believed to be any casualties, but it is not known at this stage if there could be any further collapses, although police have said there is a ‘significant risk’. Unfortunately after the family had been evacuated the rest of the property fell. 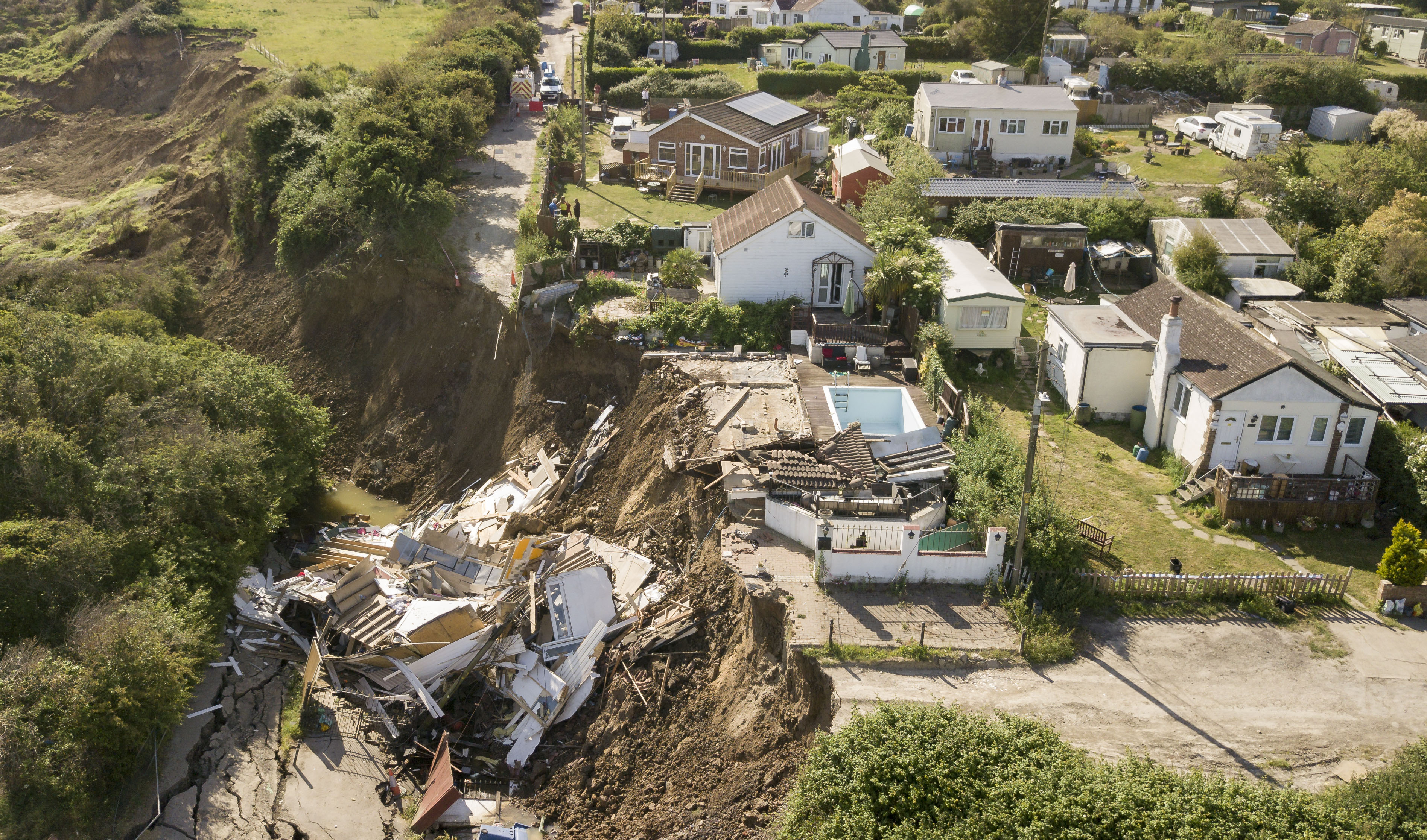 Other homes around the area may now be at risk, causing 20 properties to also be evacuated by firefighters. Malcolm Newell, 70, a local parish councillor, owns two houses that have been evacuated which includes his own, where he has lived for 19 years.

The impact of natural ground movement can cause significant damage to a property. At Pali we work with Ground Specialists who provide various reports on ground hazards specifically tailored to the location of the property/land. For more information on the Ground reports we can offer you, please contact a friendly member of the Pali team on 0800 023 5030 / search@paliltd.com.