Five Luxury Mansions to be Demolished!

During the construction of five luxury £1m houses, the owners have come to a standstill with the completion as two of the five houses have been built in the incorrect places, and one was built 0.3 foot higher that was originally permitted.  Despite Bolton council giving the go ahead for the plan back in 2014, Sparkle Developments came upon this issue as the houses did not correspond with their planning permissions. In urgency to correct this issue the owners suggested to demolish two homes, to then rebuild them in the correct plots, and to then alter the other house accordingly, this would cost them another £1m. Even with all the suggestions for correction from the owners, Bolton council still rejected their requests and decided that the five, six-bed homes were still too large and too far from each other and should all be demolished, but the council also ruled that the properties were representing inappropriate development within the greenbelt policy. The greenbelt policy is in place to prevent the urbanisation of wide areas of land, which provides a habitat to the local wildlife, however it is not impossible to build on this area, the owners only need the correct planning permissions. 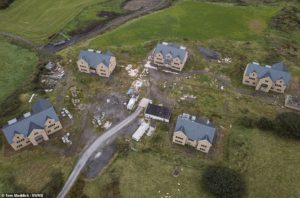 The owners are now at risk of losing all five properties as the local authority have proposed an enforcement to flatten the whole development due to the complications with each property, regardless of the fact some houses meet the standards for the initial planning permissions in which were provided by Sparkle Developments, these were also approved by the council back in 2014. As of now the proposal to demolish the whole development is still at a halt as the developers have appealed the decision in hopes to save the properties. 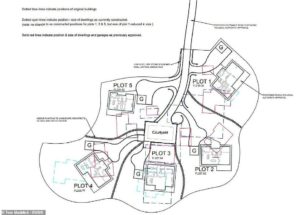 An owner of one of the properties, Elan Raja, has come out and told Bolton news that he remains “committed to working with the authority to find a compromise”,  even with this appeal planning chiefs have told the developers that the only tolerable plan for the future of these properties is to resist some of the houses and partially demolish others, although this may seem like the most applicable resolution to the situation the developers still remain stuck in their own plans. Another proposal came about in December of 2018, during a private meeting between the homeowners, to demolish one property but rebuilding it under 100 feet to the north-east, and another 57 feet north of the original placement of the property, however the planning agency which is working on behalf of the homeowners has not yet responded – even after being contacted several times.

These houses remain unfinished as of September 2019, as they have yet to create a plan of action for the future, in November there will be a hearing for the appeal of losing the houses all together, that will decide the future for these five houses.

This entry was posted in blog, Conveyancing, fines, Property Market and tagged Development, Local Authority, Planning, Property. Bookmark the permalink.
← Has the wool been pulled over our eyes?
Free Webinar – Which Report for which Scenario? →