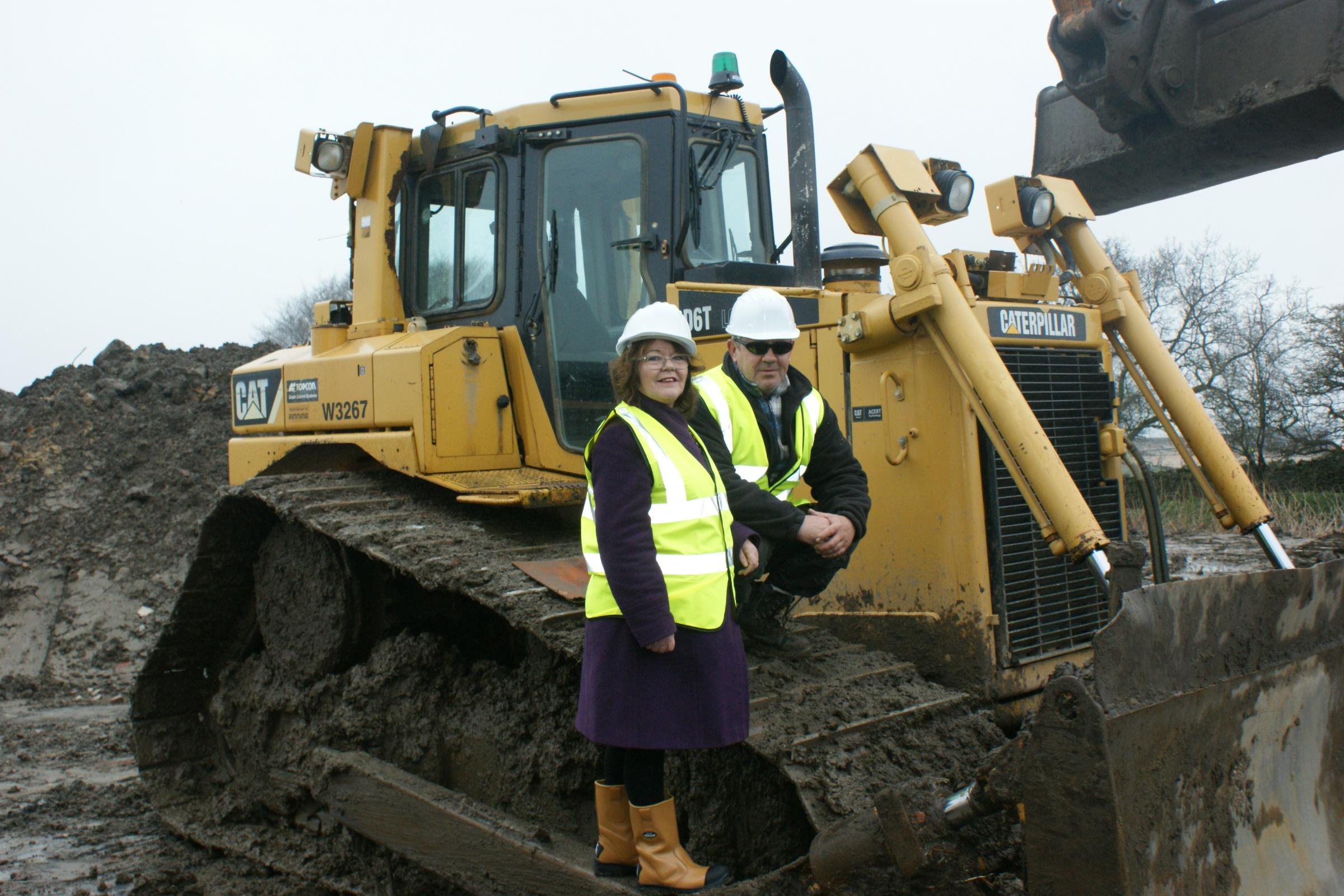 Recently, work has begun on a controversial waste-polluted site on the border of Blackburn.

At least 160,000 tonnes of primarily illegally dumped rubbish has been spoiling the land at Lower Whitehalgh Farm in Feniscowles.

The new owners, Black Pearl Homes, who purchased the land back in November last year are planning developments on the site. The land was formerly considered for the development of a holiday village and a golf course, or housing.

It has been announced that remediation process has begun on the 112-acre site which has been commended by senior councillors and Blackburn MP Kate Hollern.

Black Pearl Homes have ditched a much-delayed arrangement for the construction of a holiday village consisting of 94 log cabins. The £13 million scheme was proposed by the previous owners of the land Castleland Ltd.

Councillor Phil Riley, regeneration boss of Blackburn with Darwen Borough and Blackburn MP Kate Hollern are thrilled with the progress being made clearing the site.

Kate Hollern said: “I was absolutely delighted to visit the site and meet with those carrying out these remediation works. “Local residents have endured this blight for far too long.”

Livesey with Pleasington Tory councillor Derek Hardman previously claimed that allowing the Black pearl to construct residential properties would be a “betrayal” by the council as they made promises to the local community homes would not be built on the land.

Councillor Derek Harman announced:” I am pleased remediation has finally started but building homes would be betrayal of the local people.” “The council has always promised this land would not be used for housing.”

For over two decades the site between the M65 and Brokenstone Road has been used for waste dumping. Back in 2000 a skip company were illegally dumping thousands of tonnes of rubbish on the site. This came after the farm’s owners had also piled up mounds of debris on the land.

The Director of the skip company and the owners of the farm received a fine for environmental offences and were also ordered to clear the waste however they never did.

“There is at least 160,000 tonnes of waste which will be treated and kept mainly on the site in sealed and secure surroundings.”

“It will take about 18 months to complete. We do not feel the leisure Village plan is viable and propose a residential development.”

“It is clear that Pleasington Lakes leisure village scheme was never viable. There is a considerable cost involved and the developer will have to recover that.

“What is eventually developed on this land will be a matter for the planning process.”

Conservative regeneration spokesman, Councillor Derek Harman announced:” I am pleased remediation has finally started but building homes would be betrayal of the local people.” “The council has always promised this land would not be used for housing.”